It’s been a while since I updated my Spanish language class. The online class ended last year, and I haven’t learned anything. It’s just me being lazy while studying. And now, I open my notes to study again, but I am still at week 2. See! I am way behind the class. It’s a challenge to learn the Spanish language same as studying Japanese or Korean. Every language in the world is challenging but I love to learn it. My only problem is I am a lazy person. So, no matter how much my interest in some languages, I cannot put out my 101% effort in learning it.

Anyway, I will try to understand and explain the use of the verb “to be” or “SER” in Spanish. “SER” is used when we want to identify or describe something.

In each personal pronoun, it has a different “SER”.  The same as in the English language depending on whether it is singular or plural.

For example: I am Irene.

For example: Tu eres el estudiante neuvo?
Translation: Are you the new student?

For example: You are a nice person.
Translation: Usted es una Buena persona.

Another sample is: He is Carlo.
The Spanish translation is ‘El es Carlo.’


Let’s talk about the Plural form of each Personal pronoun.

Another Example: Ellos son Americanos. (For Male)
Translation: They are Americans.

I think that’s all for today’s blog. I’ll need to study more. I am already in my late 30s nearing the age of senior citizen. LOL! That’s why I need to make sure my brain is still functioning. 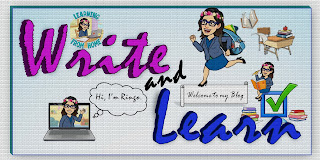 For Hiragana and Katakana page, please check the link below: