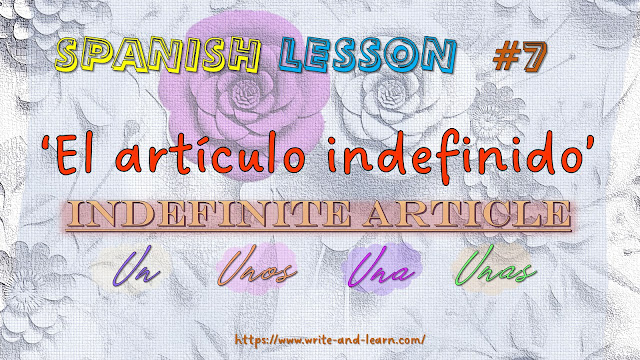 In my weekly Spanish class (though not I don’t attend it weekly as I am a lazy person), the indefinite article has gender and number.
The masculine and singular for ‘a’ and ‘an’ is ‘UN’ and the masculine and the plural of for ‘some’ is ‘UNOS’.

I can only give vocabulary words in Spanish as I am still a beginner in the Spanish language, and I cannot write proper grammar yet. That’s why, for now, I cannot give more explanation about the construction of Spanish grammar. I only rely on what the teacher discussed per week.