When and why I started learning the Japanese Language?

Why am I studying the Japanese language?

Or how did I start having an interest in the Japanese language and its culture? Some people will say because Anime is popular in our country. But not the Anime. Yeah, I watched Anime’s but not as much as being hooked with Naruto. But Naruto was not the reason why I started my interest in Japan. 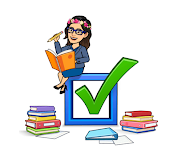 It was because of L and Death Note movies. I was so curious about Kenichi Matsuyama who played L in the movie that I researched about his movies so I can watch them. Then I clicked his first drama though he was not in the lead but because it's quite popular in our country and I watched it. That’s how I met Shin Sawada’s actor, Jun Matsumoto of Arashi. His character in Gokusen led me to his world and I was so in love with Matsujun, I watched his older dramas and movies. I also fell in love with Arashi members, and I got to know the world of JE (Johnny’s Entertainment). I became their fan. I even joined their fanbase. And because of Matsujun, I started watching other Japanese dramas and movies. I even listen to Japanese music. I only know JPOP before. Though right now, I am not anymore as active as when I was in my teens, my heart still loves Matsujun. Every time I go to Japan, I always look at billboards just in case his face will be there. As a fangirl, you always dream of meeting your idol and I promised myself, one day I will go to Japan and I’m going to see him, but I never had a chance to see him. I am not losing any hope though. One day, at the right time and the right moment.

And that’s how I started studying the Japanese language. I know my parents couldn’t afford to send me to a language school at that time, so I decided to self-study. Until now, I am still studying on my own. I bought books to help me. I am still not good at it but I’m trying to.

In this site, I will discuss how I study the Japanese language. I know not everyone can afford to go to a language school. It is my way of helping others to understand the language and will be able to speak and write it.

I will start from the basic up to the advanced.